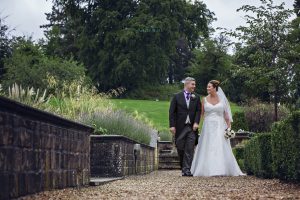 Where do I start with Rick and Kat? A few years ago, I got a phone call from Rick – what the inquiry was wasn’t the usual wedding pricing or portrait pricing – no, not at all. Rick and Kat got married a few years before getting in touch with me. They had a wonderful wedding, but it was down to Rick to book the wedding photographer – this was the only thing he was in charge of actually booking. Rick told me the story about their wedding day and the wedding photographer that he had booked, he didn’t pay cheap either, he had paid quite a lot of money for this wedding photographer. However, after the wedding – time went by, they received the wedding photos. To their horror, they were shocked at how awful the pictures were! As Rick was telling me this story, I was so upset for them both. Rick had told me that they didn’t even get their wedding albums that they had again paid upfront for and had paid quite a lot of money; unfortunately, the photographer they booked had closed business without telling any clients. In the end, all Rick and Kat got were photos on a USB stick. 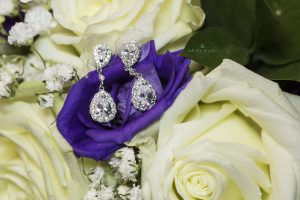 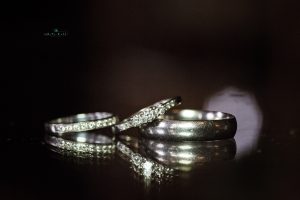 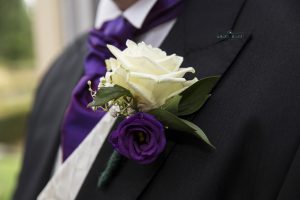 A nightmare that then turned into a brilliant birthday surprise!

Now, going back to the phone call from Rick and his enquiry, he wanted me to edit their original wedding photos, I did advise that I would need to get the previous photographer’s permission before I did this, luckily Rick still knew the name and I could locate the photographer. I sent a message asking for permission, which permission was granted.

Editing the photos was just a small part of Rick’s request, the next part was that he wanted to bring Kat to meet me and show the re-edited version of the images and then explain about the whole thing because after that the plan would be to set a date to recreate the wedding so that I could photograph them in their wedding gowns and suits so they actually could have some gorgeous wedding photos and a stunning wedding album to look through. 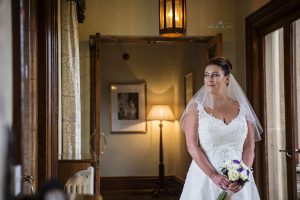 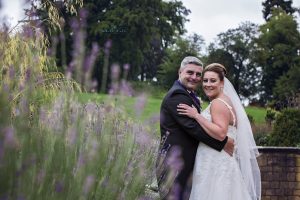 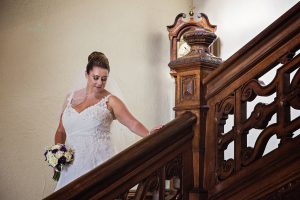 Rick and I chatted for some time, we then arranged a meeting, he came to my studio, and we had a good chat about what we could do – he was planning this whole thing as a surprise to his wife Kat for her upcoming birthday. Rick gave me the photos to start editing, we booked a date – which was on Kat’s birthday for both of them to come to my studio – Kat was massively surprised – I think it was fair to say she was shocked that her husband managed to do all of this for her without her having any idea what was going on. Kat had no idea where Rick was taking her, so when they pulled up to my house and I was there waiting for them both to get out of the car, I think Kat was shocked, to say the least – of course, I then introduced myself, I said something along the lines of Hey, I’m Sophie owner of White-Hall Photography – Kat instantly thought she was coming to the studio for a photoshoot, now that wouldn’t off been a bad thing; however, Kat was wearing short shorts because the weather was nice that day. I said let’s go down into the studio (my studio at that time was right down the bottom of the garden) and I will explain everything to you. Kat was still shocked and had no idea what on earth was going on at all. 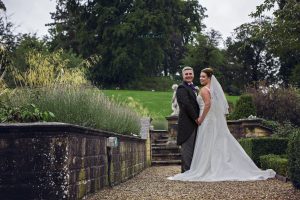 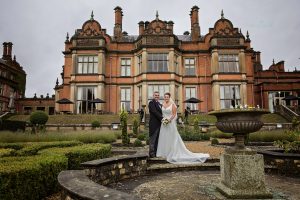 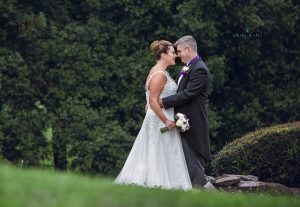 We got into the studio and I gave Kat a bouquet of flowers because it was her birthday after all and she’s here in some strange women’s studio. The night before this Rick popped round and dropped off a bottle of prosecco so I could have it ready from Kat when they got here, of course, I was happy to have everything set up perfect for them as they deserved it so very much. As they both sat down I then explained everything that Rick had done – Kat started crying bless her, all happy tears! Somehow I think it was kind of the best birthday surprise ever. After the flowers, the prosecco, and tears I then went ahead and played the slideshow to both Rick and Kat to show them the newly edited wedding images, I couldn’t do amazing magic as the images weren’t of the best quality but I tidied them up and made them look 100% better than what they were. They should have been 1000% times better but unfortunately, these things happen. Luckily I was going to recreate some of their wedding day and give them some beautiful wedding photos. We planned half of a day at the same venue they got married, Kat had arranged for a hair and make-up appointment, they had a room booked and I had got there early to do photos of getting ready along with all the detailed shots of the dress, shoes, jewellery, flowers, etc. Rick had also managed to get a florist to recreate a similar buttonhole and bouquet to use – literally the only thing missing was the wedding guests. I think the best thing was that I didn’t have a timeline to work to, because we were just recreating it meant I could take the time I needed to make sure that they honestly had the very best images! 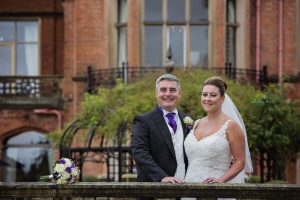 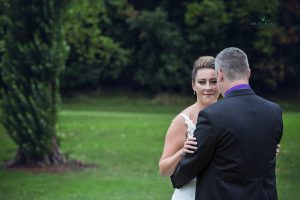 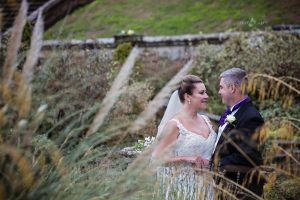 Rick and Kat were just amazing on the day and so calm but also excited at the same time. I know they couldn’t wait to see the final images of the recreation, I can’t blame them, they had waited so long already. I’m so glad I was able to give them some beautiful images and a stunning wedding album to actually be proud of and look back on.

I can’t wait to see them again, I know we have a family portrait session already booked in. I hope you all enjoyed reading this and it made you smile. Enjoy looking through the images.